Perspective with Yet Another Grief Anniversary

For three years now January has come and gone with the pain of loss. I’ve said it many times. No one should have to bury a child.

Now I add May to my least favorite months of the year list. Yesterday marked the one year anniversary of Nancy’s–the wife of my youth–going home to be with the Lord.

I was not sure how it would pass for me, especially since last March the Lord blessed me with Jan–the wife of my later years. 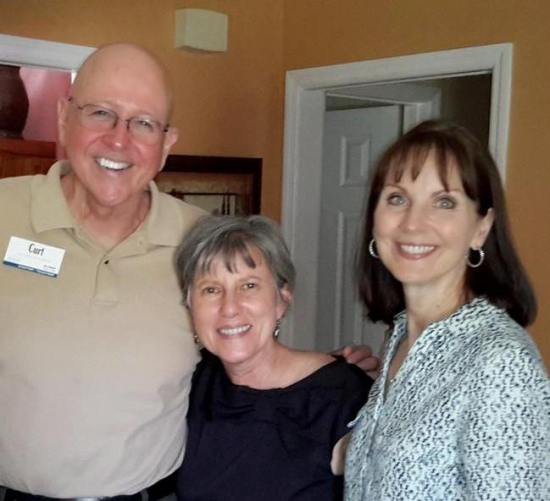 This picture was taken three years ago at a new people fellowship in our home. Who could have possibly known the providence of God that would unfold so soon after?

My emotions certainly came into play last night as the exact hour of Nan’s passing 365 days ago approached. Different folks reached out to me assuring me of their prayer support. Jan and I spent the evening together remembering and processing.

A verse I have returned to repeatedly through this journey is Prov. 18:22.

He who finds a wife finds a good thing and obtains favor from the Lord.

What can I say? I’ve been favored by God in this regard twice in one lifetime.

Charles Bridges, in his commentary on Proverbs, said well what I testify to as a man favored in marriage not just to one, but two godly women in a lifetime:

The good thing is, when he honors her, . . . as the person, whom God saw to be the best and fittest for himself in the whole world, a comfort for life, a help for heaven. Thus she becomes the one object of his undivided heart. Mutual faith is plighted in the Lord. Such a communion spiritualizes his affections, and elevates him from earth to heaven.

And so with this first May anniversary behind me, I do that very good thing.

I honor both these women–gifts from Him lifting me more heavenward than I might ever have reached without them.

Thanks be to God for double favor.