Began my day with this from A Way to Pray:

Inspire us to work the works of him that sent us while it is day, since the night comes when no man will be able to work. Whatever good our hands find to do, let us do it with all our might. For there is no work in the grave where we 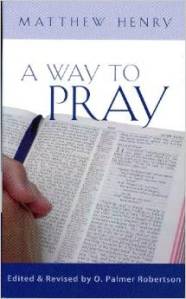 are going (emphasis mine). Let us never be slothful in any good business of yours. Enable us to be fervent in spirit as we serve you, our Lord. Train us to be fixed in purpose, undeterred, always abounding in the work of the Lord, since we can be confident that our labour will never be in vain in the Lord. John 9:4; Eccles. 9:10; Rom. 12:11; 1 Cor. 15:58.

Lord, let us be zealous for every good work. Whatever we do, let us do it wholeheartedly, for we are not serving men, but the Lord Christ. Enable us to do the work of every day in its day, just as the duty of the day requires. Help us make full use of every opportunity, since we live in an evil age. When our Lord returns, let him find us busily doing the work he has commissioned us to do. Gal. 4:18; Col. 3:23; Ezra 3:4; Eph. 5:16; Luke 12:43.

I’ve got good news and I’ve got bad news.

The good news is they are getting ready to landscape our property at 872 Maitland Avenue.

The bad news is they need us to clean up the site before they can do it. We have to clear trash, rocks, foliage, and miscellaneous debris as part of prepping the place for overall beautification.

So, as you may have heard our faithful and fearless building committee chairman announce on Sunday, we have scheduled a volunteer work party for this Saturday, March 10, at 8:30 AM on the site.

We need as many hands on deck as possible. Also, please bring whatever you may have in the way of appropriate tools, e.g., rakes, clippers, loppers, shovels, wheel barrows, etc., in short, anything you think might help us get the job done in an effective way.

Some form of a snack or lunch will be provided as we move toward the lunch hour, but please bring your own beverage supply for the duration.

This will mean a delay in resuming our Oxford Club for Men meetings this Saturday, as we don’t want the priorities to conflict.

If you have any questions about the task at hand, contact Ross Hudson at rossdhudson@gmail.com.

I summarized the theme of the text this way: the victorious reality of our future resurrection anchors us in an unshakeable constancy in ministry. Work for God fueled by the fire of a gospel-resurrection hope will be an amiable, abounding, arduous, assured, and awarded kind of work.

Here are Charles Spurgeon’s words with which I closed:

Take this henceforth for your motto—All for Jesus, always for Jesus, everywhere for Jesus. He deserves it. I should not so speak to you if you had to live in this world only. Alas, for the love of Jesus, if thou wert all and nought beside, O earth! But there is another life—live for it. There is another world—live for it. There is a resurrection, there is eternal blessedness, there is glory, there are crowns of pure reward—live for them, by God’s grace live for them. The Lord bless you, and save you. Amen.

Here’s a worthwhile video download for you to finish strong on the job this week.

One of our Oxford Club brothers sent me an intriguing article on the gospel and responsibility.

The author shows how the gospel can make a difference in one’s motivations when it comes to work of all kinds.

God’s action to save the world was born out of His love for the world. The lazy man will have a hard time loving others

rightly if he does not understand how he has been loved. He must be affected and empowered by love before he can genuinely and energetically love others. Otherwise, his love will be various forms of self-interest. Until a man has been changed by the Gospel he will not be able to model the Gospel in his life. Rather than being motivated by the Gospel he will be motivated by behavioralism. He may do good deeds, but he has not been rightly affected at the level of his motivations. For example, the Gospel-centered man gets up in the morning and says, “I get to serve God today because He is happy with me.” The behavioristic man gets up in the morning and says, “I have to serve God today so He will be happy with me.” The former is motivated by love, while the latter is motivated by either guilt, fear, shame, duty, or self-interest.

Check it out by clicking on here.

And brothers, hope to see you tomorrow!

Richard D. Phillips makes a strong case in his book The Masculine Mandate for industry as part of a Christian man’s godly identity.

In chapter three, Man’s Sacred Calling to Work, he writes:

In our fallen world, shadowed by the curse of death and futility, we either work hard or our families suffer. According to the book of Proverbs, industry is an essential characteristic that men should cultivate: “A slack hand causes poverty,

but the hand of the diligent makes rich” (Prov. 10:4): “Whoever is slothful will not roast his game, but the diligent man will get precious wealth” (Prov. 12:27). Yet I sometimes hear pastors or Christian psychologists tell men they should never be late for dinner or have to travel away from home for work. I disagree. It’s true that men should not pursue their work so single-mindedly that family duties are excluded or consistently compromised. But in our fallen world, men have an obligation to hustle and give their all in the workplace–and this may involve some late nights and business trips. Of all men, Christians should work especially hard, giving more than an honest day’s work for a day’s wage (p. 19).

This Saturday morning from 7 AM to 9 AM at the church office we will continue our discussion of Phillips’ book in this very chapter. To access the pdf study guide click on The Masculine Mandate – SG #3. Remember to bring your own breakfast.

We’re still getting started in this new resource, so don’t hesitate to join us if this might be your first time!

As I reflected today on last night’s congregational meeting, I gave thanks, among other things, for the gift of serving along side so many fellow workers in the Lord at Orlando Grace. From the building committee members, to the deacons, to the elders, we saw a display of devotion to the kingdom cause that makes this pastor flush with gratitude.

This blessing made me think of the apostle Paul where he sends greetings to the church in Romans 16:3-16. He mentions several people in the fellowship by name, citing reasons for his praise to God for them. Frequently, the virtue of working hard in the Lord and for His church goes down in the biblical record.

Greet those workers in the Lord, Tryphaena and Tryphosa. Greet the beloved Persis, who has worked hard in the Lord (v. 12).

What lessons can we take away from a who’s who like this at the church in Rome? At least two come to mind.

First, it takes numerous servants to do the work of the ministry. Paul calls these saints fellow workers. Even the great apostle Paul acknowledged that he could not do the work by himself. It takes teamwork and cooperation among all the saints to build up Christ’s church. Don’t miss, by the way, that women who worked hard in the Lord made Paul’s list just like men. Hard work in gospel ministry applies to both genders. In fact, the term for hard work Paul uses only for women in the context!

Second, it doesn’t come easy. Paul often describes the ministry efforts expended as hard work. The Greek has only one word translated by these two English words. It comes from a root that means to beat or hit or smite something. It means to toil, strive, or struggle to the point of wearied exhaustion.

Spurgeon preached from this text with this exhortation to his people:

Church, desire place or position, honor or respect, the way to it is this—labor, and labor much! Persis had probably been a slave and was of a strange race from the far-off land of Persia. But she was so excellent in disposition that she is called, “the beloved Persis,” and for her indefatigable industry she receives signal mention. Among believers the rewards of affectionate respect are distributed according to the self-denying service which is rendered to Christ and to His cause. May all of us be helped to labor much, by the power of the Holy Spirit.

So much hard work went into making last night possible. Many thanks to you all!

We would not find ourselves poised on the brink of so grand an adventure as constructing our new building apart from the faithfulness of God in raising up so many hard working servants with a heart for the gospel and the glory of Christ’s name on display in and through His church.

May we continue to prize hard work in the Lord for the virtue it truly is and may we indeed by helped to labor much, by the power of the Holy Spirit, as we move into 2011 and start construction on our facility.