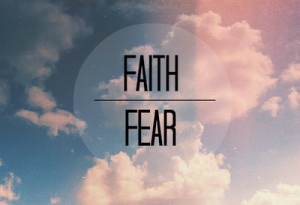 If I can help it, I rarely miss corporate worship on Sunday mornings. And not just because I pastor for a living. I’ve experienced more times than I can recount the reality of Psalm 63:2 – So I have looked upon you in the sanctuary, beholding your power and glory. God shows up stunningly more than not in the gatherings of His people for praise and community in ways He does not show up in private.

We experienced that this past Sunday at OGC. I preached a message called “The Tale of Two Trials” from John 18:12-27. You can listen to the audio here. John shows the flawless faithfulness of Jesus in the face of malice and betrayal. He remains faithful where the high priest proves malicious and Peter proves faithless. Rightly understood, the contrast in the text can take the breath away.

I led off with an illustration of a young Marine injured in the base bombing in October of 1983 in Beirut, Lebanon. It included reciting the corps’ motto – semper fi – always faithful. 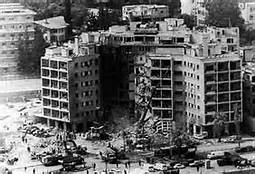 Following the message, our lead worshipper, one of them more faithful men I’ve had the privilege of knowing, shared spontaneously prior to taking us into the final song. One of his sons is a Marine. Before long our country will deploy that young man to Afghanistan for a second time. Steve shared how he often gets asked how he deals with the anxiety related to his son’s service in harm’s way. He always says the same thing. “I believe God is sovereign. I could choose to be fearful. But because God is faithful, I choose to be faithful as well.”

You could feel the weight of the Spirit fall on our people. We beheld Him in His power and glory.

What’s the difference between living fearfully or faithfully? Steve got it right. It comes down to confidence in the sovereignty of God over all things and that He is never anything less than faithful. One of the best biblical examples I can cite for this comes from Acts 18:1-11.

After this Paul left Athens and went to Corinth. 2 And he found a Jew named Aquila, a native of Pontus, recently come from Italy with his wife Priscilla, because Claudius had commanded all the Jews to leave Rome. And he went to see them, 3 and because he was of the same trade he stayed with them and worked, for they were tentmakers by

trade. 4 And he reasoned in the synagogue every Sabbath, and tried to persuade Jews and Greeks. 5 When Silas and Timothy arrived from Macedonia, Paul was occupied with the word, testifying to the Jews that the Christ was Jesus.6 And when they opposed and reviled him, he shook out his garments and said to them, “Your blood be on your own heads! I am innocent. From now on I will go to the Gentiles.” 7 And he left there and went to the house of a man named Titius Justus, a worshiper of God. His house was next door to the synagogue. 8 Crispus, the ruler of the synagogue, believed in the Lord, together with his entire household. And many of the Corinthians hearing Paul believed and were baptized. 9 And the Lord said to Paul one night in a vision, “Do not be afraid, but go on speaking and do not be silent, 10 for I am with you, and no one will attack you to harm you, for I have many in this city who are my people.” 11 And he stayed a year and six months, teaching the word of God among them.

I love v. 9. “Do not be afraid,” the Lord tells Paul. I rarely think of the apostle Paul as experiencing fear issues, but apparently the circumstances in Corinth unnerved him. The Lord needed to administer a booster shot of courage. How did He do that? He assured Paul that in His sovereign plan He had yet many more elect who would come to Christ and nothing would prevent that from happening. That confidence put eighteen more months of fuel for service in Paul’s missionary tank.

What challenges do you face on the family front, the ministry front, the vocational front, on whatever front? You can choose to live fearful in the face of those things or you can choose to live faithful. It comes down to whom you think controls all things and whether or not you can trust the Lord’s great faithfulness. You bet your life you can. He is always faithful.