December 20, 2017 By revheff in Peacemaking, Uncategorized Tags: evil, getting even 1 Comment

How Peacemaking Commitments Make for the Good Life 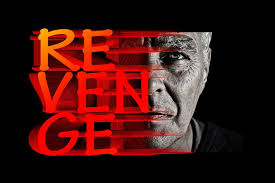 Marcus Aurelius once said that the best revenge is to be unlike him who performed the injury. The apostle Peter recommended something similar in 1 Peter 3:8-12.

8 Finally, all of you, have unity of mind, sympathy, brotherly love, a tender heart, and a humble mind. 9 Do not repay evil for evil or reviling for reviling, but on the contrary, bless, for to this you were called, that you may obtain a blessing. 10 For

“Whoever desires to love life
and see good days,
let him keep his tongue from evil
and his lips from speaking deceit;
11 let him turn away from evil and do good;
let him seek peace and pursue it.
12 For the eyes of the Lord are on the righteous,
and his ears are open to their prayer.
But the face of the Lord is against those who do evil.”

Here is a strategy for the good life for a suffering people. The main idea from the passage is this: Our extraordinary identity as God’s people calls for radical peacemaking commitments in the church.

A suffering church must be a unified church. That takes three different peacemaking commitments embedded in the text.  The first of these commitments in verse 8 is showing grace.

The second is refusing revenge (verse 9b). Peter gets painfully specific in this verse about a particular aspect of showing grace in our relationships—not getting even. Do not repay evil for evil or reviling for reviling.

If you and your church are going to stay out of conflict city, then you have to determine not to play the payback game. You don’t do revenge.

Whether it’s someone does you wrong or reads you the riot act, you don’t return in kind. You refuse to go toe-to-toe in a war of evil works or reviling words.

Now that’s radical. Someone does you wrong, someone slanders you behind your back, and you don’t respond in kind. How in the world is that possible?

For what credit is it if, when you sin and are beaten for it, you endure? But if when you do good and suffer for it you endure, this is a gracious thing in the sight of God. For to this you have been called, because Christ also suffered for you, leaving you an example, so that you might follow in his steps. He committed no sin, neither was deceit found in his mouth. When he was reviled, he did not revile in return; when he suffered, he did not threaten, but continued entrusting himself to him who judges justly.

When you resist the temptation to get even, when you bite your tongue in the face of someone’s gossip, you stand in excellent company. Jesus is truly your closest friend in such hard things.

Charles Spurgeon likened dealing with evil and reviling as a fight to the death:

You cannot let evil alone and evil will not let you alone. You must fight. And in the battle you must either conquer or be conquered. The words before us remind me of the saying of the Scot officer of the Highland regiment when he brought them up in front of the enemy and said, “Lads, there they are: if you dinna kill them they’ll kill you”. . . . “Overcome, or be overcome.” There is no avoiding the conflict, no making truce or holding parley, no suspension of hostilities after a brief skirmish. The battle must be fought through to the end and can only close with a decided victory to one or the other side.

In the rest of these verses, Peter shows us how to win. More on that in subsequent posts.

In the meantime, where might you need to ask the Lord to help you overcome the temptation to get even?