How To Navigate Sharp Disagreements Which End in Separation 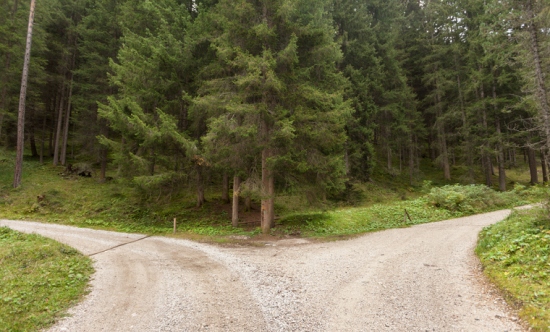 The magisterial reformer Martin Luther once offered this candid self-admission:

“I am rough, boisterous, stormy, and altogether war-like, fighting against innumerable monsters and devils. I am born for the removing of stumps and stones, cutting away thistles and thorns, and clearing wild forests.”

Even history’s giants of the faith suffered their share of personal issues. Sometimes their difficult natures resulted in relational train wrecks. My last post zeroed in on one of the Bible’s most infamous examples in Acts 15:36-41.

36 And after some days Paul said to Barnabas, “Let us return and visit the brothers in every city where we proclaimed the word of the Lord, and see how they are.” 37 Now Barnabas wanted to take with them John called Mark. 38 But Paul thought best not to take with them one who had withdrawn from them in Pamphylia and had not gone with them to the work. 39 And there arose a sharp disagreement, so that they separated from each other. Barnabas took Mark with him and sailed away to Cyprus, 40 but Paul chose Silas and departed, having been commended by the brothers to the grace of the Lord. 41 And he went through Syria and Cilicia, strengthening the churches.

Sad but true, not all attempts at peacemaking end well. Breakups do happen among the best of us. What principles can we apply in those unfortunate circumstances to ease the pain and gain perspective?

No matter who was right about John Mark, both Paul and Barnabas failed miserably in the way they conducted themselves. R. Kent Hughes notes in his commentary on Acts that the word paroxysm translated “sharp disagreement” denotes “violent action or emotion. This was not a mild gentleman’s disagreement but an intense and passionate conflict.”

Outbursts of anger shatter peace and multiply transgressions (Prov. 29:22). Determine to remain filled with the Spirit at all times (Gal. 5:22-23).

Did they? We don’t know. I want to hope these brothers attempted to climb up the slippery slope of peacemaking by enlisting mediators in the church at Antioch to work through their dispute (Phil. 4:2-3). To keep your conscience clear, make your own choices at every turn in sharp disagreements with a Four G’s ethic –no matter how the conflict ends up.

The worst of conflicts do not erase Romans 8:28 from the Bible. The Lord is always working to accomplish His purposes. Our frailties never thwart His ultimate plan (Phil. 1:12). As painful as their separation must have been, no doubt both men took comfort that one missionary team multiplied into two in God’s providence.

Let’s hope Paul and Barnabas, though parted, first reconciled with a conciliatory agree-to-disagree spirit. Always make this your goal, even if a dispute leads to dissolution of a partnership.

The sting of this breakup lessened eventually with a softening of Paul toward John Mark (2 Tim. 4:11). I imagine that put a smile on the Son of Encouragement’s face! God can and often does a lot of healing over time. Pray to that end.

Do you find yourself embroiled in a paroxysm-like conflict? These seven principles may help you survive the outcome in a First G kind of way (1 Cor. 10:31).

Question: What else has helped you do peacemaking in sharp disagreements?